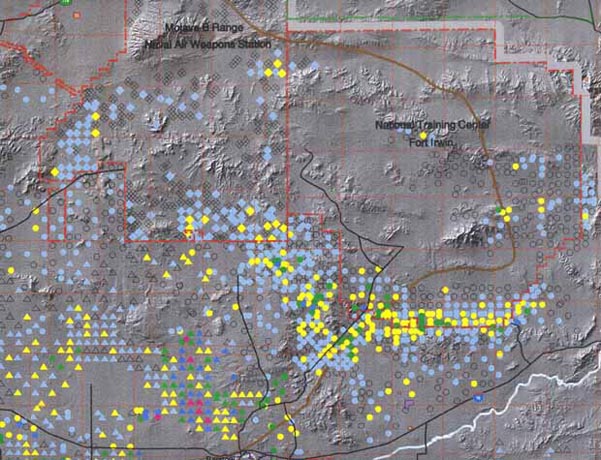 The Key Elements document drafted for Congress by the Secretaries of the Army and Interior states that the 21,000 acres in the south that are currently set aside on the NTC will return to training use. The thriving tortoise population in the UTM 90 area at the south end of the base will be lost.